Your one-stop shop for videography. 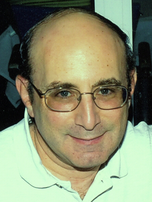 Video Impressions is owned and managed by Richard W. Kutnick, who holds both undergraduate and graduate degrees in Radio/TV production as well as an FCC General Radiotelephone License.

Having operated Video Impressions for over 30 years in addition to a career in two-way radio, Rich personally has handled hundreds of accounts that include personal events, business videos and a variety of other video shoots. He also has found time to give back to the community by involving himself in a number of pro-bono projects.

Rich currently is an active participant in NOVA (Northern Ohio Videographers Association), of which he has been a charter member since its inception.
Make an appointment
Richard W. Kutnick, President
(Office) 440-771-4117
(Mobile) 216-534-1246
Copyright © 2021 Video Impressions. All Rights Reserved.